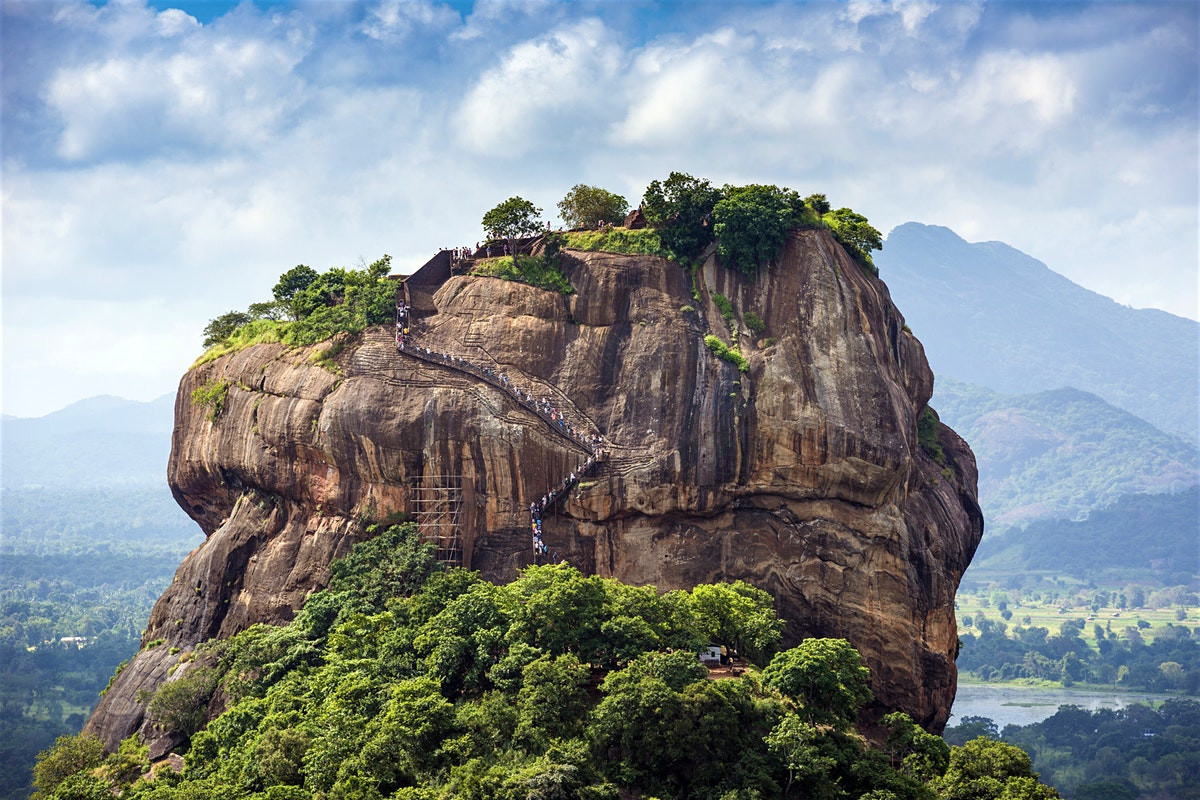 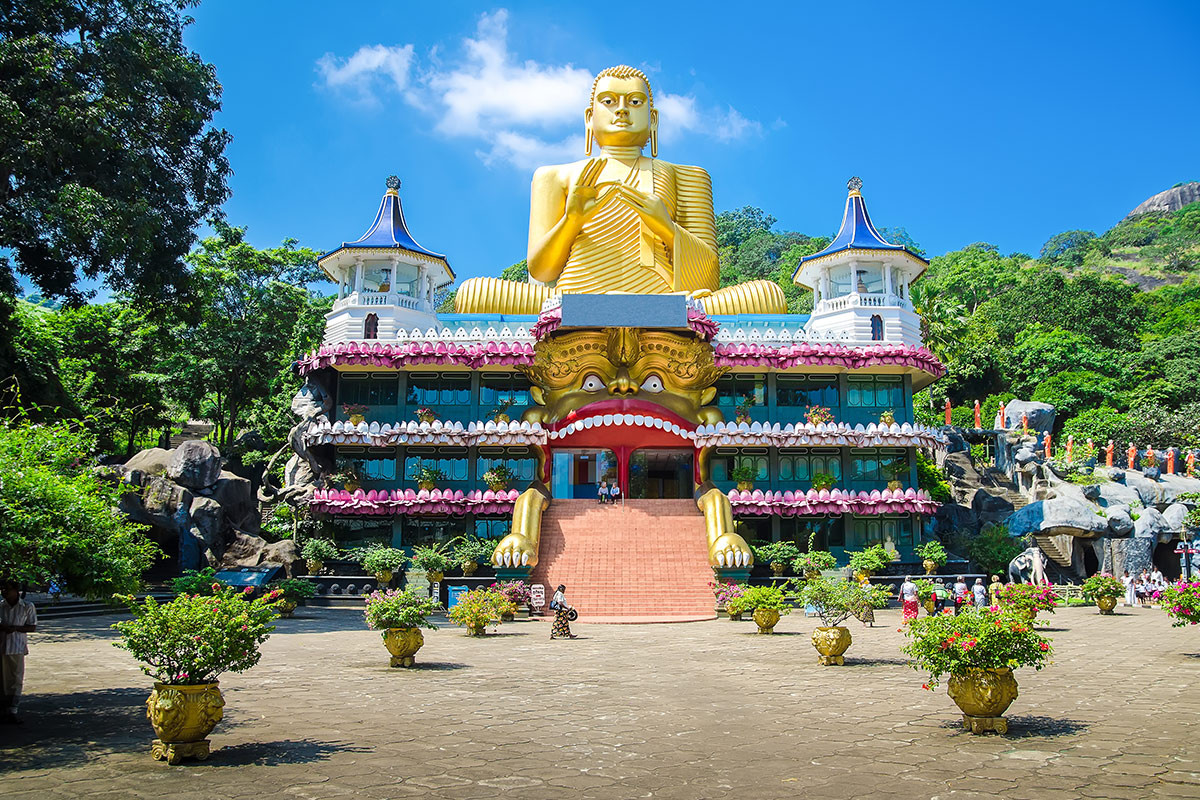 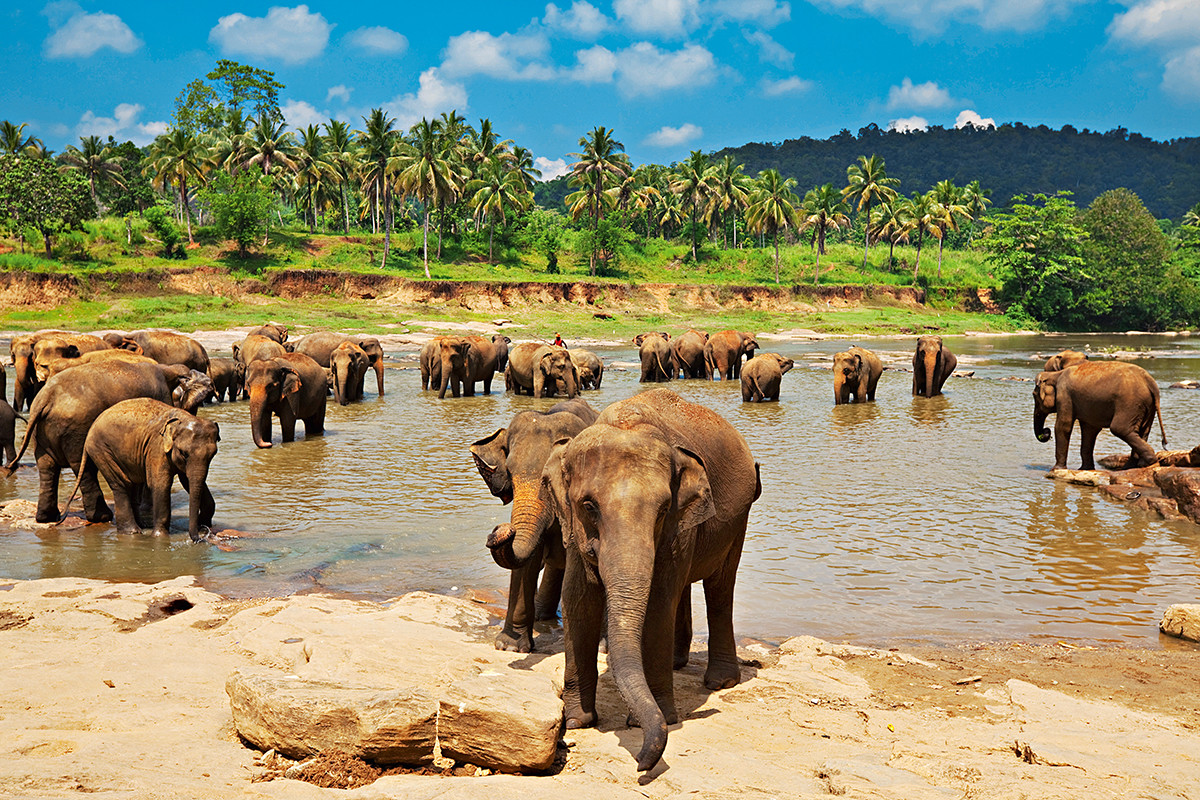 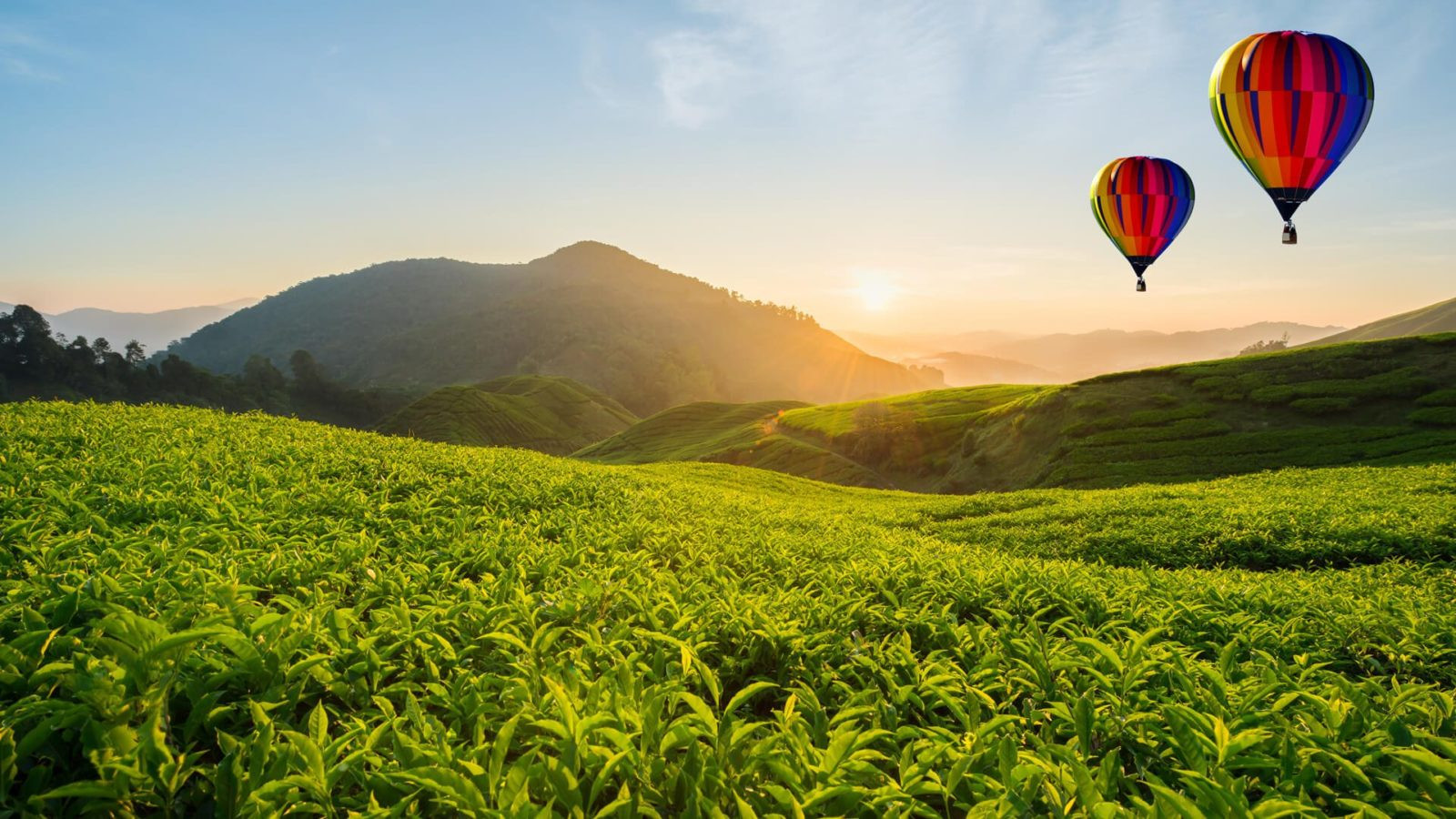 Yala National Park is a huge area of forest, grassland and lagoons bordering the Indian Ocean, in southeast Sri Lanka. It’s home to wildlife such as leopards, elephants and crocodiles, as well as hundreds of bird species. Inland, Sithulpawwa is an ancient Buddhist monastery. Nearby caves contain centuries-old rock paintings. Southwest, Magul Maha Viharaya also has ancient Buddhist ruins. Both are pilgrimage sites.

After breakfast, proceed for city tour. The hill capital is another “World Heritage Site”. It was the last stronghold of the Sinhalese Kings during the Portuguese, Dutch and British rule and finally ceded to the British in 1815 after an agreement. To the Buddhists of Sri Lanka and the World, Kandy is one of the most sacred sites as it is the home of the “Dalada Maligawa” - Temple of the Sacred Tooth Relic of Lord Buddha. Close by are the remains of the Royal Palace (“Maha Wasala”), “Palle Wasala”- where the Queens stayed-now used for the National Museum, “Meda Wasala” where other close relatives lived, Audience Hall, Natha Devala and Vishnu Devala are situated close by. The Bathing Pavilion (“Ulpenge”) is by the Lake and in the Center of the lake is the Island called “Kiri samudraya” (Milk white ocean) used by the kings as the summerhouse. Today it is the center of Buddhism, Arts, Crafts, Dancing, Music and Culture. GEMS OF SRI LANKA The world’s best gems are available in Sri Lanka such as Blue and Yellow Sapphire, Star Ruby and Star Sapphire, Chrysoberyl Cat’s Eye, Alexandrite, Topaz, Amethyst, Quartz, Garnet, Aquamarine, Moonstone, Tourmaline When comparing with other countries you will be lucky to buy pure and valuable gems at Sri Lanka for a competitive price. You can get the education about gems, making jewelries and other requests with them. You can buy gold, white gold and silver jewelry at your choice. You can even get them Tailor Made as per your preference. Evening witness the Cultural Dance Show featuring various dancing types of Sri Lanka… ROYAL BOTANICAL GARDENS (The excursion will take approx: 2 hrs) 147 acres in extent; Started in 1374 as a pleasure garden of the Kings of Gampola and Kandy. There are more than 4,000 species of trees, plants and creepers. Some rare and endemic as well as flora from the tropical world are found in the gardens. Spice Garden and Orchid House are popular with tourists. There are 5 Palm Avenues beautifying the gardens, the earliest and tallest Palm Avenue (Royal Palm Avenue) was planted in 1905 and the Double Coconuts from the Seashells Island, with the largest seed of all plants in the world is one such avenue.

After breakfast, check out from the hotel and transfer to Bentota hotel. Overnight stay in Hotel.

After breakfast, proceed for city tour. The Madu River Lagoon is popularly known as the Madu Ganga. The town of Balapitiya which lies about 80km from Colombo is the waters-meet for the Madu Ganga. It is located in southwest Sri Lanka. The ‘Amarapura Nikaya’ a Buddhist sect, held its first higher ordination ceremony balanced on a fleet of boats that were anchored, in 1803. The Madu Ganga wetland with its estuary and mangrove islets makes up a coastal wet-land ecosystem. It is home to about 303 species of plants and 248 species of vertebrate animals. It is considered one of the last expanses of immaculate mangrove forests in Sri Lanka. The boat weaves through the dense mangrove forest and surrounding islets, and you can witness the varying species of Mangrove, about 10 of which are endemic to Sri Lanka. On your way, you will also be treated to a view of a wide variety of flora and fauna, such as monitor lizards and a number of beautiful birds. The Mangrove Forest is a vital part of the ecosystem, nourishing and sustaining the environment. The island citizens of these islets produce peeled cinnamon and cinnamon oil and you are sure to have the opportunity to experience this indigenous production. KOSGODA TURTLE HATCHERY (The excursion will take approx: 1/2hr) Where you can see five species of turtles-Green Turtles (Cheloniamydas), Hawksbill Turtle (Eretmochelysimbricata), Loggerhead Turtle (Carettacaretta), Leatherback Turtle (Dermochelyscoriacea) and Olive Ridley Turtle (Lepidochelysolivacea). The eggs collected by the Villagers and Fishermen are purchased by the Kosgoda Hatchery and kept in sandy pens until they are hatched. The newly hatched ones are kept in seawater tanks and released to the sea in the night. This Hatchery alone has released more than 1,750,000 young turtles to the sea. An endowment by the Hasselblad Estate was responsible for the establishment of this hatchery.

After breakfast check out from the hotel and transfer to Galle hotel. Overnight stay in Galle hotel.

After a hearty breakfast, proceed to visit one of the best places in the world to see one of the only recorded resident blue whale colonies in their natural habitat. Dolphins are regularly spotted on whale watching trips organized from Mirissa and Dondra head on the south coast. The BBC documentary titled “Ocean Giants” featuring the mesmeric world of Whales and Dolphins, and the scientist’s effort to shed light on their habits and why they grow so large were filmed around Sri Lanka and according to them 30 Blue Whales were sighted in a single day! There is a 95% chance of spotting Sperm Whales (not sure of Sperm Whales, just do some readings on the web and see) and great chances of spotting Blue Whales as their migration path from Africa to Australia is just off Dondra Point. We are able to arrange Whale Watching Trips off Dondra Point and Mirissa Fisheries Harbour in a fully insured purpose built Whale Watchig boat which will last for 3 to 5 hours. Also there is a good chance of spotting Spinner Dolphins off Dondra head. WHALE AND DOLPHIN WATCHING Whale and Dolphin watching is an easy sport that you can take up during the months of December to April. All you need to take is a boat, few kilometers from the shore, which we can help you arrange. Experienced local guides can show you a good time in watching whales and dolphins off the coast of Mirissa. Pods of Dolphins can be seen accompanying boats frequently during the said months. Blue and Sperm Whales in large numbers frequent the coastline of Sri Lanka during this period and can be viewed near Mirissa beach, and just close proximity to the hotel.

After breakfast and check from the hotel and transfer to Yala Hotel. Overnight stay in Yala Hotel

After a scrumptious breakfast at the hotel, proceed to visit Kataragama. Kataragama is the name of the God and his hometown as well. Kataragama is the Sinhalese form of Skanda, also known as Subhramaniya. He usually is called Murugan or Karthikeya by Tamils. His local consort Valli and his Indian consort Teyvanai (Devasena) and his brother Ganesha are worshipped in their respective own shrines in the holy city of Kataragama, too. Sinhalese worship Skanda-Kataragama as one of their four or five national Gods, especially as protector of the island's south. For Buddhists, Kataragama is a place additionally sanctified by a visit of the Buddha. Even Wedda Tribals and Muslim Sufis regard Kataragama as a prominent place of worshipping God. Kataragama deiyo furthermore is linked to the Ramayana Trail legend. Lord Indra is said to have given him orders to join the battle at the last day of the war to protect Lord Rama from the powerful wrath of Lanka's demon king Ravana.

After breakfast Check out from the Hotel and Transfer to Colombo Hotel. Overnight stay in Colombo hotel.

After breakfast Proceed for Colombo city tour. COLOMBO (The city tour will take approx: 2-3 hrs) Colombo is the business and commercial center and the new capital is Sri Jayawardhanapura Kotte, only a few miles away. Colombo was only a small seaport, which came into prominence in the 16th Century with the arrival of the Portuguese in 1505 and the development of it as a major Harbor took place during the British period. Colombo became the capital of Sri Lanka in 1815 after Kandyan Kingdom was ceded to the British. The remains of the buildings during the period of the Portuguese, Dutch and British rule are found in every area of the city. None of the Portuguese & Dutch fortifications are found today but some of their buildings and churches could be seen in the Fort & Pettah areas. Visit Fort, the former British administrative center and military garrison, Sea Street - the Goldsmith’s quarters in the heart of Pettah, the Bazaar area where there is also a Hindu Temple with elaborate stone carvings, the Kayman’s Gate with the Belfry at the original gate to enter the Fort, the Dutch Church of Wolfendhaal dating back to 1749, Kelaniya Buddhist Temple dating to 6th C.B.C., Davatagaha Mosque and the Colombo Museum are some of the sites to be visited. Also visit the BMICH (Bandaranaike Memorial International Conference Hall), see the replica of Avukana Buddha in front and the Independence Memorial. GANAGARAMA TEMPLE The Most Visited temple in the city, the Gangaramaya Temple which organizes Sri Lanka’s largest and the most colourful Vesak festival annually, has a history of 120 years. It was established in 1885 by Venerable Hikkaduwe Sri Sumangala Nayaka Thera at a time when Buddhist and cultural resurgence were much needed as the country was under the colonial rule. The area that was once a swamp beside the Beira Lake, has now turned to be an iconic complex which consists of the temple, the assembly hall in the breathtaking lake and the vocational training institute. Earlier, devotees had to cross the Beira Lake on a boat in order to reach the then small temple which was converted to what is today by the Devundara Sri Jinaratana Nayake Thera, a pupil of Venerable Hikkaduwe Sri Sumangala Nayaka Thera who appointed him as the chief incumbent of the temple. 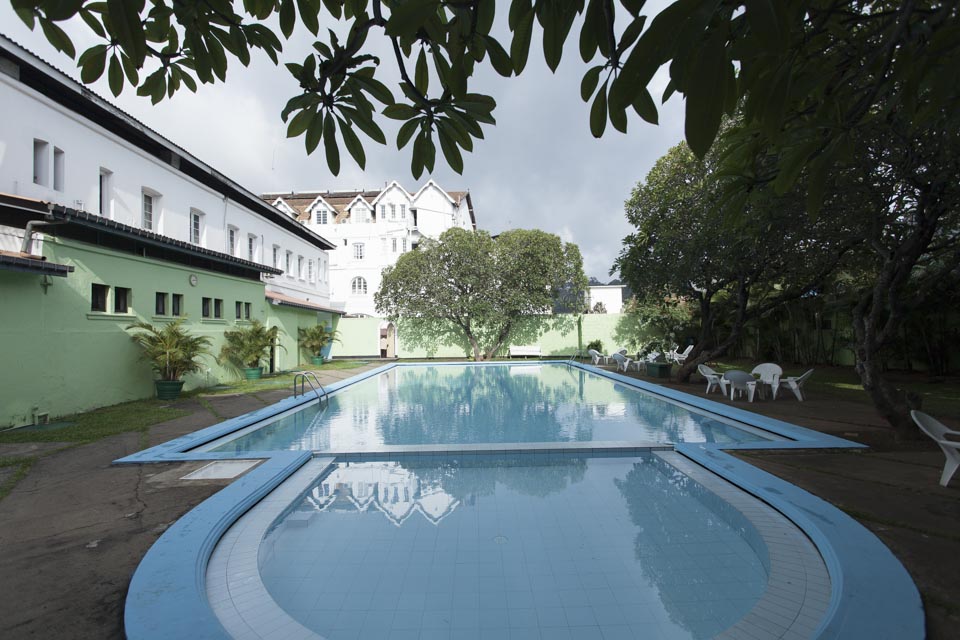 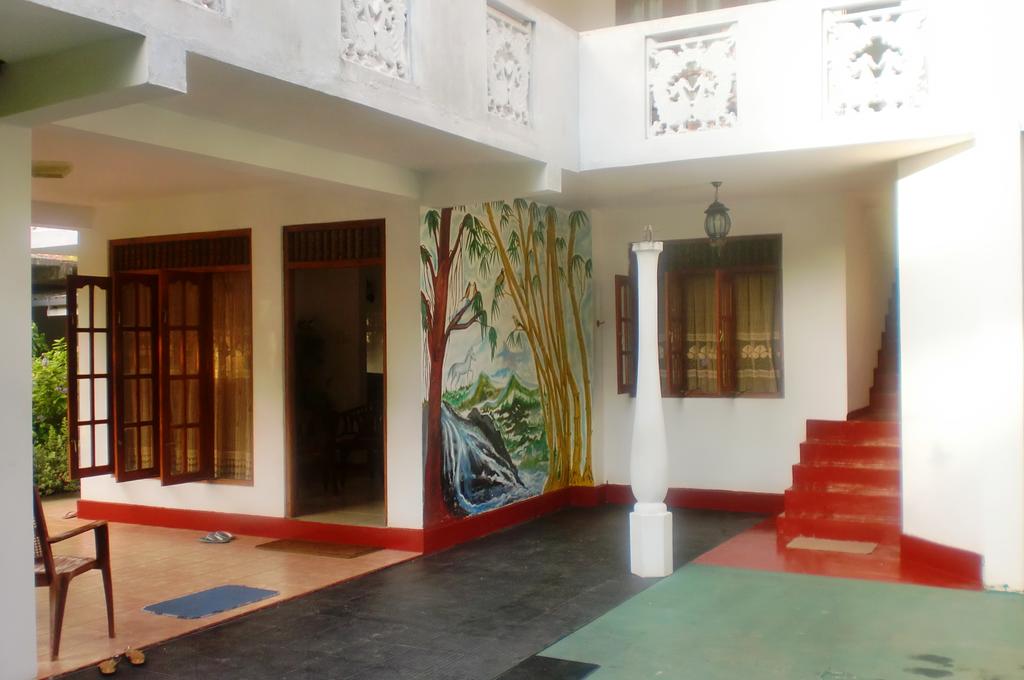 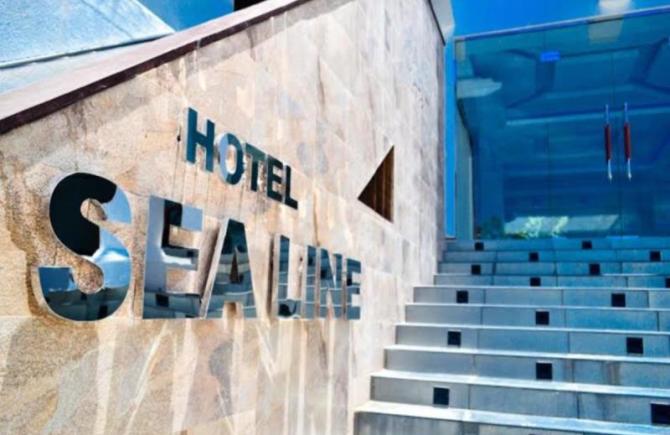 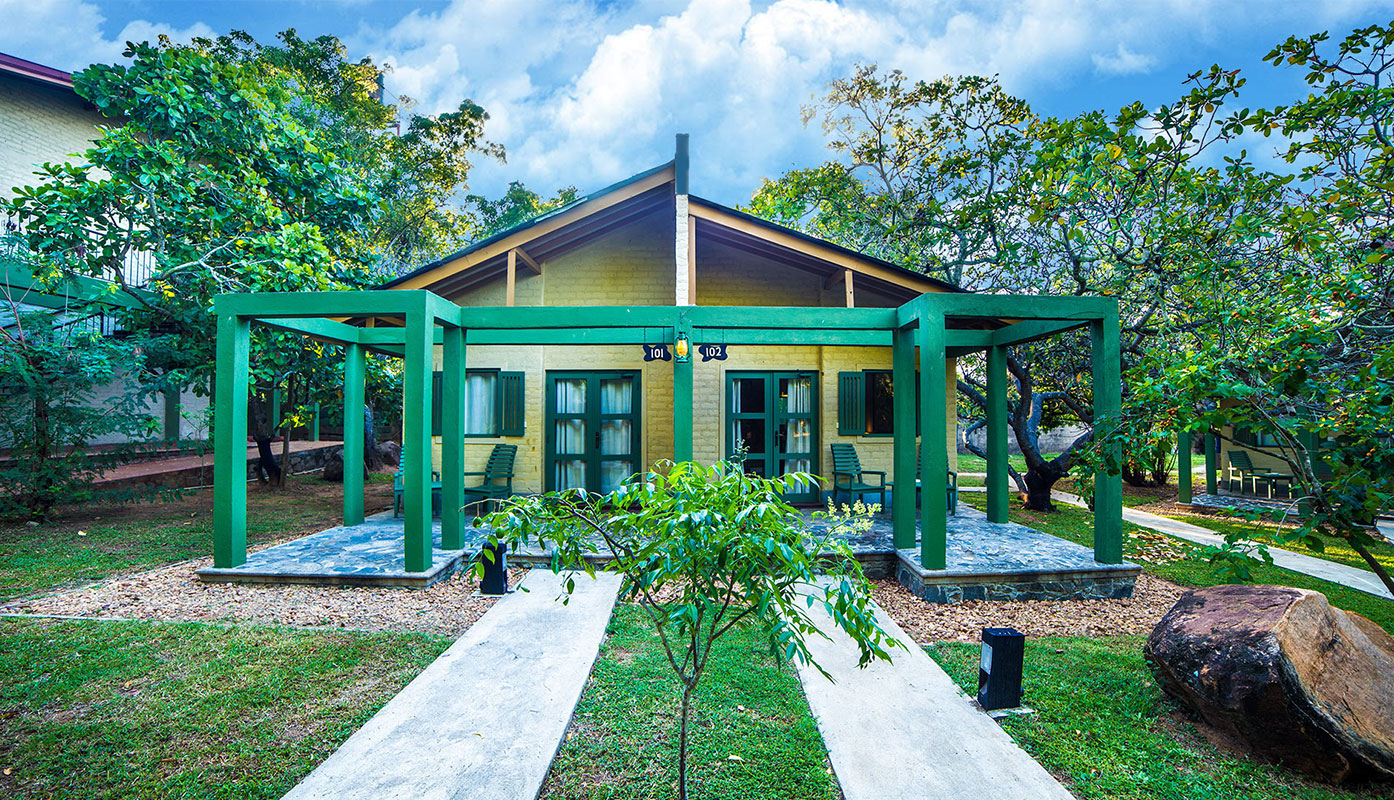 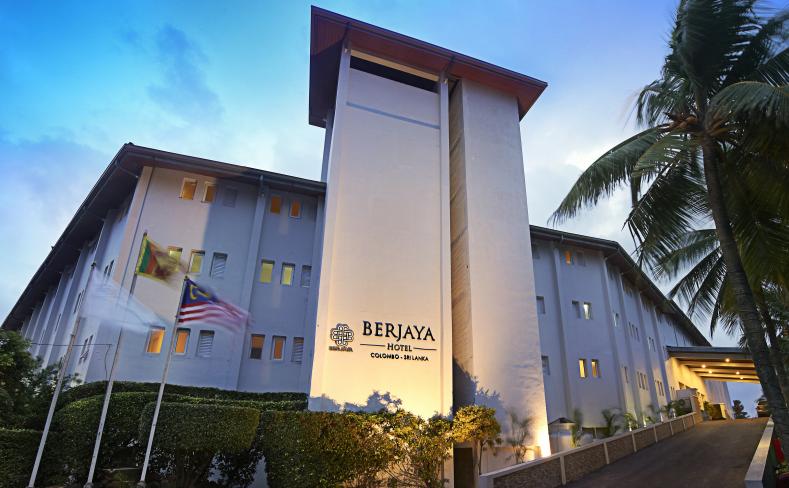 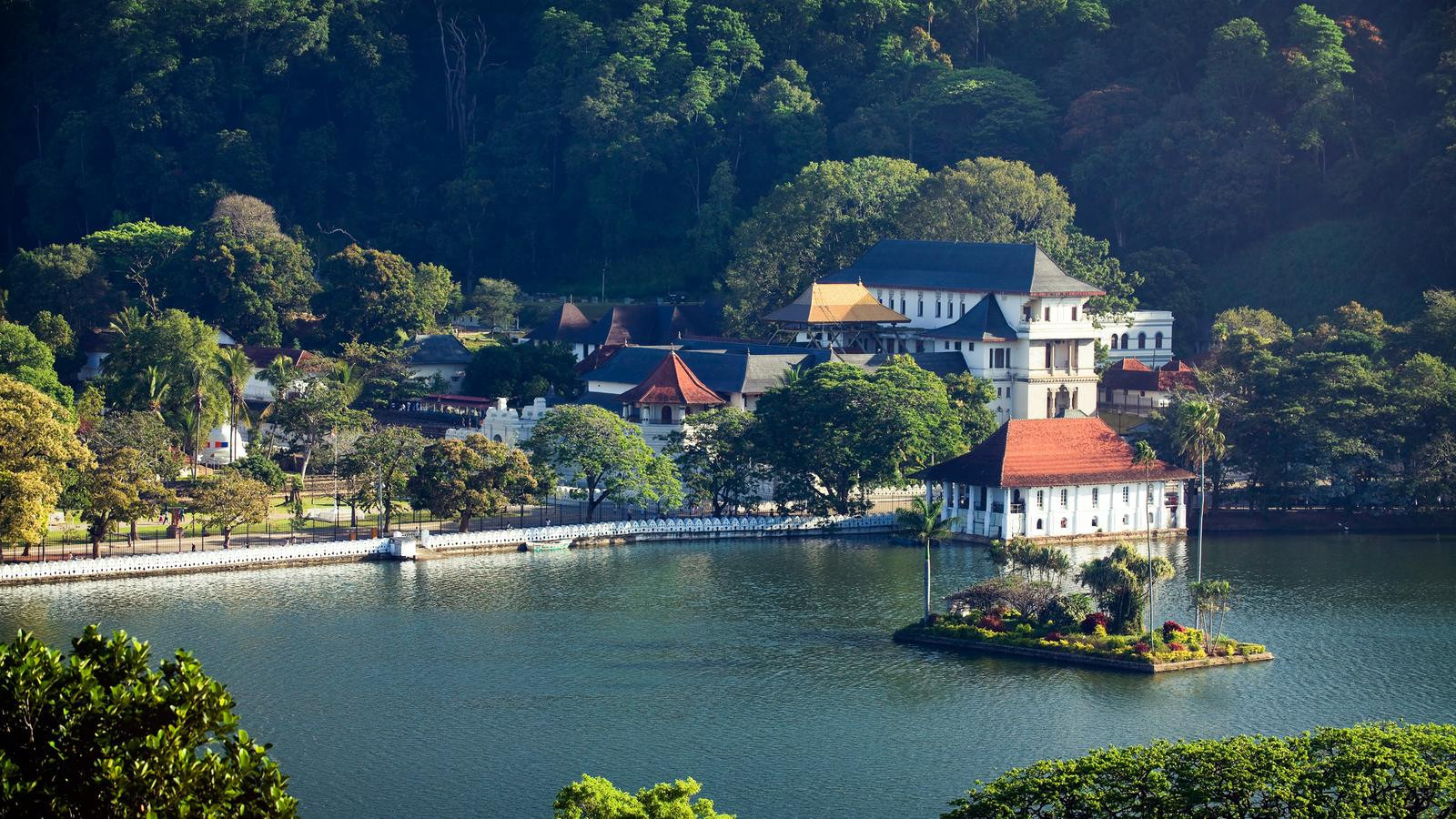