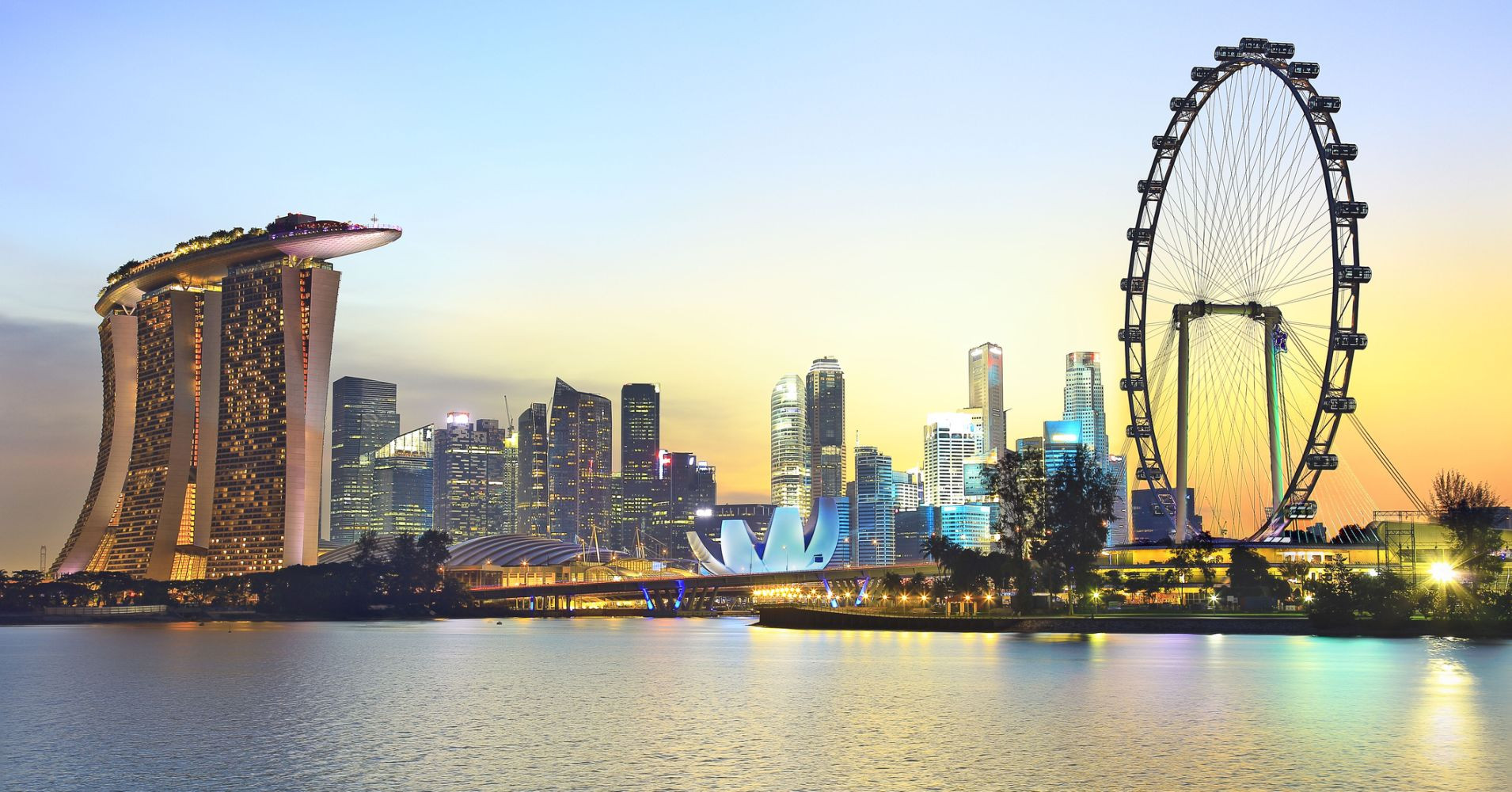 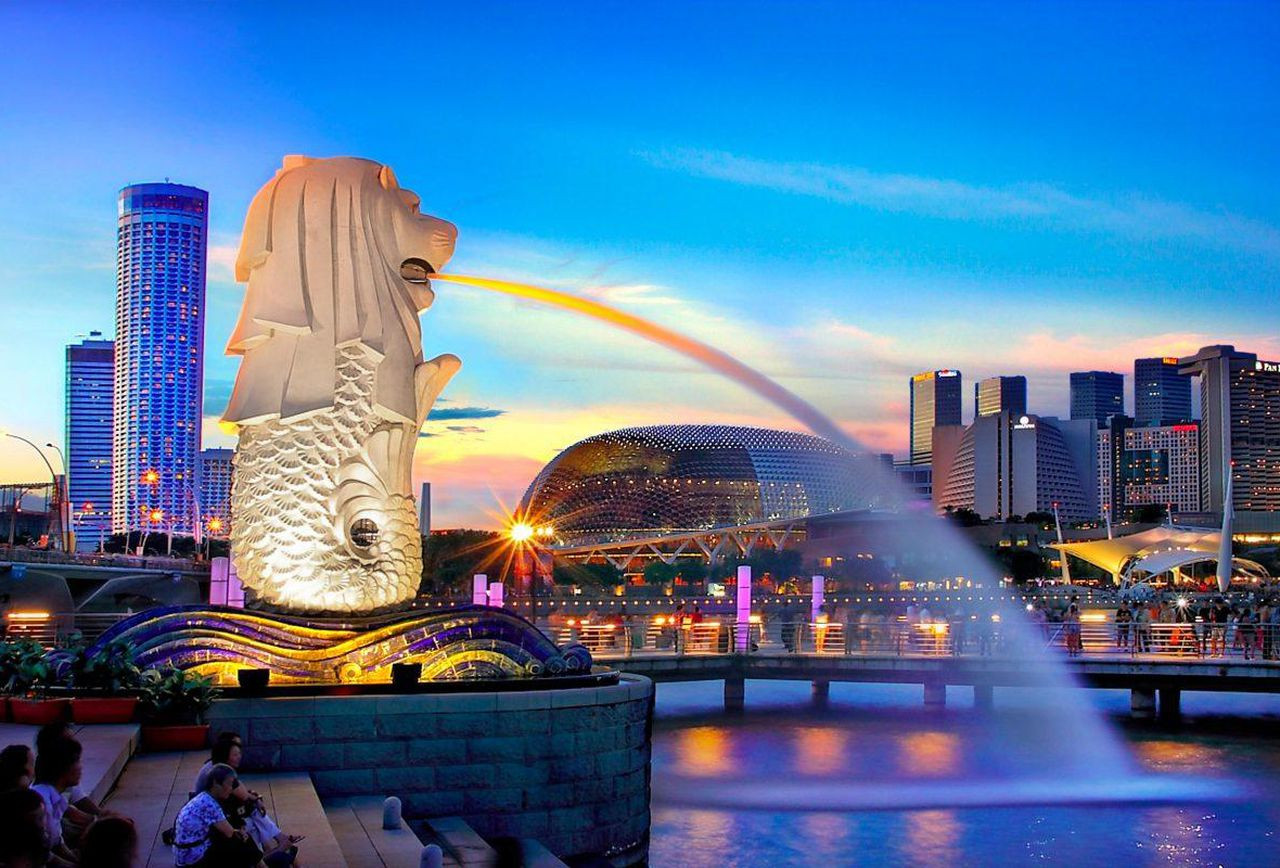 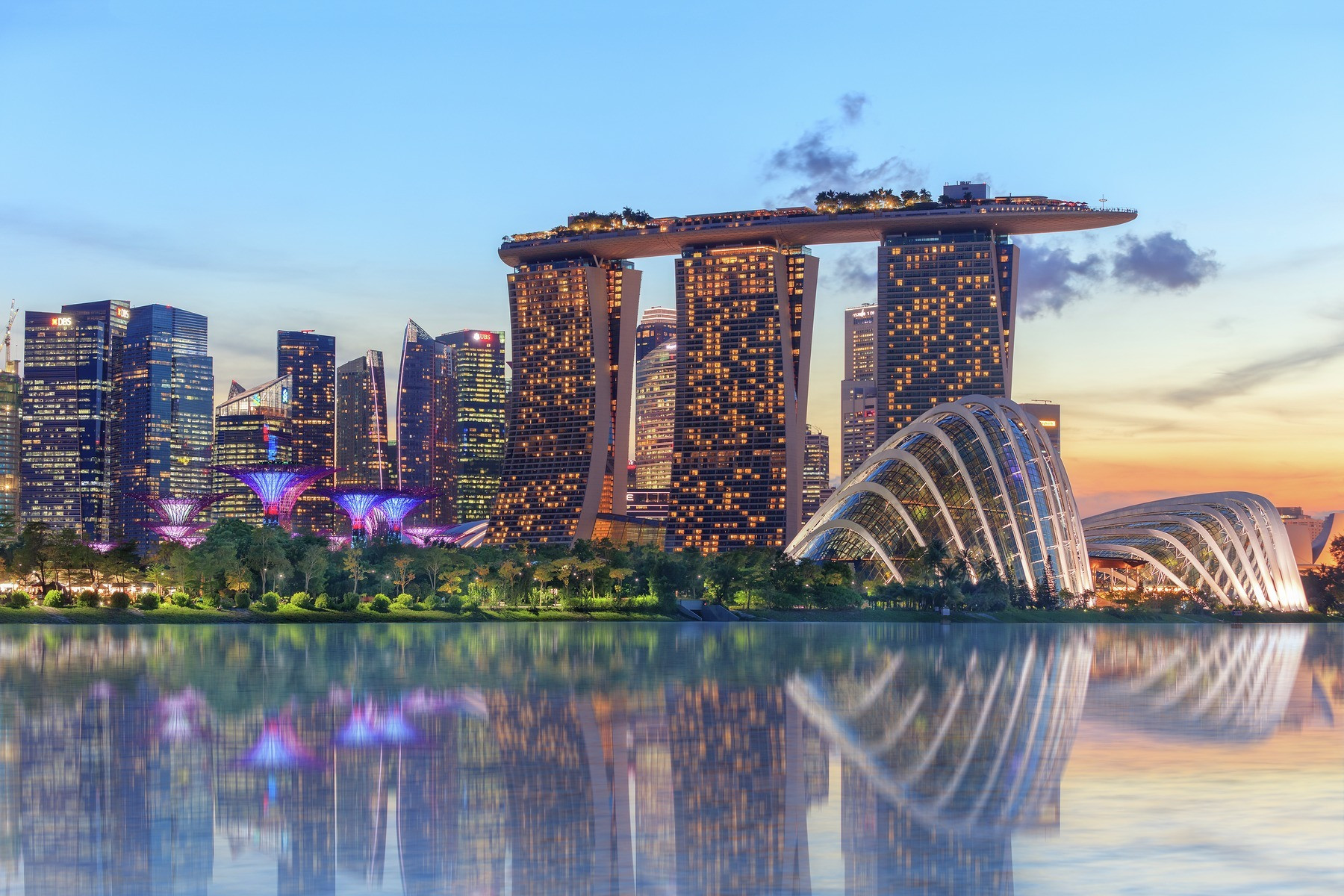 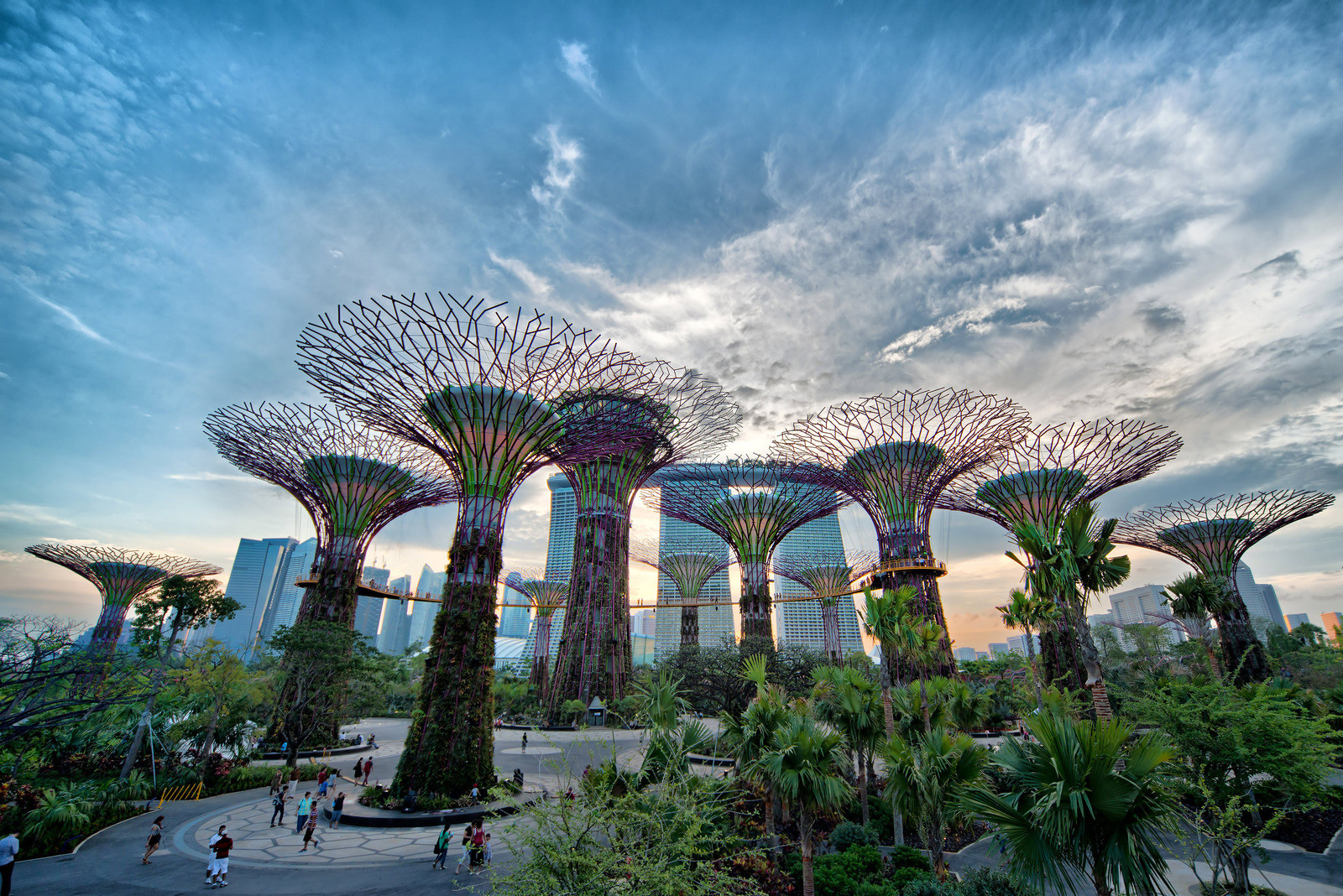 Welcome to Singapore - a bustling metropolis, a shopper's fantasy, an adventurer's dream, a foodie's delight. After your arrival in Singapore, you will be transferred to your hotel and later begin your journey Singapore Zoo, an exciting ecological adventure with over 3,000 animals in their natural habitats separated from visitors by dry or wet moats. The moats are concealed with landscape of vegetation. Take a stroll along the shaded boardwalks and watch with delight these animals frolic amidst lush surroundings. Don’t miss the entertaining and educational shows and adventures. The zoo has 40 hectares of secondary forest were later developed into the Night Safari. The remaining undeveloped land has been kept as wooded land. This and the waters of Upper Seletar Reservoir contribute to the Zoo, giving it a sense of natural, unrestricted space. The zoo also offers various entertaining and educational shows. Different modes of rides available within the premises: trams, animals, boat, pony and horse carriage rides. Strollers, wagons, and wheelchairs can also be rented. The "Jungle Breakfast" option includes special animal appearances such as those by the Orang Utan, the recycling Otter and the magnificent reticulated Python. They will perform amazing stints as you savor breakfast from a selection of popular items. Mandai is considered as one of the world's top and most beautiful zoos. Explore the Singapore Zoo, spread over 28 hectares and is a haven to over 3,600 mammals, birds and reptiles including some rare and endangered species. See the natural barriers used such as streams, rock walls and vegetation that separate the animals from visitors. Also be amazed at this novel way of housing wildlife, by highlighting by beautiful landscaping and few enclosures in a safari-like adventure from the comfort of a tram. The Night Safari is the world's first nocturnal zoo and is one of the most sought after tourist delights in Singapore. Hop on board the tram for a 40-minute journey of wild animal encounters! The Night Safari is an open-air zoo set in a humid tropical forest. It is open only at night. It is divided into eight geographical zones, which can be explored either on foot via three walking trails or by tram. Get a chance to come up with lions, tigers, tapirs, deer etc. Set in a forest clearing, the ‘Creatures of the Night Show’ is a 20-minute animal presentation which will introduce you to nocturnal animals, from the elusive owl to nimble binturongs to intuitive civets.

After breakfast, Welcome to a guided tour of Singapore city. Orient yourself with key attractions like the amazing drive pass through Orchard Road, a major multi-use centre Suntec City and the largest water feature in the world, ‘The Fountain of Wealth’. Further explore the city by driving round the Civic District, passing by the Padang, Singapore Cricket Club, historic Parliament House and the National Gallery Singapore. The Gallery consists of two national monuments - the former Supreme Court Building and the City Hall. One can enjoy River Cruise at additional cost. This will be followed by an orientation tour of the Fullerton Hotel and later stop at Esplanade to enjoy the 15 Min ride on an electric Scooter . Be ready to be amazed by the Singapore Flyer. Drive along the Marina Bay Sands and the awesome Helix Bridge. Scramble along and take in the aroma of the delightful Little India and China Town. Later At the S.E.A. Aquarium, you can observe more than 100,000 creatures like the leopard shark, goliath grouper, and squadrons of manta rays. As you stare at them swimming in the aquarium, you may wonder who is actually watching whom. Are they, in fact, ogling humans like two-legged mammal exhibits from the other side of the glass tank No matter the perspective, the aquarium within Resorts World™ Sentosa is a magical marine world with more than 100,000 underwater animals from 800 species, swimming in 45 million liters of water. Watery Homes:- They are grouped according to 10 different zones with 49 habitats. Check out the fish from the Bay of Bengal, the Straits of Malacca & Andaman Sea or the Great Lakes of East Africa, the underwater community in coral reefs, and cool marine life in the cold-water habitats. But the centerpiece is the humongous aquarium for the Open Ocean habitat, which makes you feel like you’re on the cavernous ocean floor. Stroll over to the Shark Seas containing over 200 of these predators including endangered species such as the scalloped hammerhead shark and the aggressive silvertip shark. Many just sit and stare at the sweeping ocean scenery beyond the spotless glass panels. You probably will, too. The Maritime Experiential Museum:- Come explore the seas. Go explore the world. Get ready to take part in man's glorious conquest of the seas, as you track the Maritime Silk Route with its bustling ports! Immerse in 15 thematic galleries, explore the adventure of seafarers through interactive experience and get ready for an encounter with escaping pirates on board a burning ship! Relive the glorious conquest of the seas, as you return to the Maritime Silk Route of eras past. Be transported through time in 15 thematic galleries, a journey in the tailwinds of renowned seafarers, and even flee pirate invaders aboard a burning ship. Examine the projections and models of the Chinese, Borobudur and Javanese trading ships of the era, in detailed 360-degree views, and learn a wealth of fascinating information about their makings. Become a sailor in training. Read nautical charts, navigate with a mariner’s compass, study the art of knot tying and more at this collection of interactive exhibits. You can even look the part – overlay true-to-era outfits onto yourself and send the selfies as keepsakes. Typhoon Theatre:- In this multi-sensory simulation enhanced with special effects, you will set sail on board a 9th-century vessel that soon runs into a terrifying storm! Experience the drama as the vessel is buffeted by the waves before sinking to the bottom of the sea.

After breakfast, Visit Gardens by the Bay. The world's premier tropical waterfront garden. Get up close with a diversity of plant species from around the world in the cooled conservatories, marvel at vertical gardens, or discover the intricacies of plant life at the themed gardens (Admission ticket to the Double conservatories is included). Spanning 101 hectares, this award-winning horticultural attraction is just a five-minute walk from the city. The Gardens comprises three spaces—Bay South, Bay East and Bay Central. Get mesmerized by over 250 thousand rare plants housed in huge dome conservatories. Take a jaw dropping look at the Supertrees, the 16-storey-tall vertical gardens which collect rainwater, generate solar power and act as venting ducts for the park’s conservatories. A suspended 128-metre-long walkway between two Supertrees, is perfect for walks. Get an amazing click worthy view of the Gardens and the Marina Bay urban area, its financial district skyline. This Singapore’s new landmark, the Gardens by the Bay are perfect for an evening stroll and a picnic. Later Start your journey with the cable car. Enjoy your day at Sentosa Island. One way cable car: Zip off on a one way cable car to visit the peaceful island just a short scenic cable car ride from Mount Faber. Wings of Time-2nd show: Wings of time show that brings you a 25 minutes mesmerizing show with a live cast, dramatic effects and pyrotechnics. Water jets, flame bursts, lasers and captivating music make this a one-of-a-kind entertainment spectacle that's fun for everyone. 4D Adventure land- 1 out of 3: Immerse yourself in the 4D experience of the Mysterious Island. Sentosa 4D Adventure Land is an adventure theme park. Here you can access to 4D Magix, Desperados, Cineblast. The high-tech interactive entertainment zone is home to three exciting experiences, suitable for every age group. Images of Singapore: Fun, interactive and theatrical, Images of Singapore LIVE takes you on a journey to uncover the nation’s extraordinary story. Madame Tussauds: Millions and millions of people have flocked through the doors of Madame Tussauds since they first opened over 200 years ago and it remains just as popular as it ever was. There are many reasons for this enduring success, but at the heart of it all is good, old-fashioned curiosity and excitement to see your idol captured in a real-life wax mood.

Adventure™ and Revenge of the Mummy™, TRANSFORMERS The Ride and many more. And then proceed to the world's largest aquarium and be blown away by the breath-taking nature of the ocean and its inhabitants. Disco Live the movies at the many exclusive attractions found only at the region’s first Hollywood movie theme park, Universal Studios Singapore. Featuring movie-themed rides and attractions, which are unique to Singapore, thrill seekers and families will be the first to experience many new rides and shows based on blockbuster hits. The young at heart will be entertained by Shrek and gang on an incredible 4-D adventure in the world’s first Far Far Away Castle. Thrill seekers can face warrior mummies on Revenge of the Mummy a psychological thrill ride in total darkness. Other highlights include Madagascar, New York, Hollywood, Sci Fi City and The Lost World. This Hollywood movie theme park forms part of Resort World Sentosa. Enter the thrilling world of movie magic as you Ride the Movies® on roller coasters and other movie-themed attractions. Be dazzled and delighted by an immersive entertainment experience that brings the silver screen to life. Among the park's many rides and attractions is Battlestar Galactica™ - HUMAN vs. CYLON - the world's tallest pair of duelling roller coasters, and Far Far Away Castle™ - the first castle from the world of Shrek where you can experience the amazing Shrek 4-D Adventure™ attraction. One of the biggest excitement in live entertainment is based on the movie Waterworld™. The action comes gushing to life in a tidal wave of death-defying stunts, explosions and thrilling action. Enjoy Jurassic Park Rapids Adventure™, Madagascar: A Crate Adventure™ and Revenge of the Mummy™ and many more. Enter into S.E.A Aquarium after 14:00 hrs which is the world’s largest aquarium and be blown away by the breath-taking nature of the ocean and its inhabitants. Immerse yourself in the magic of life underwater, as seen through our planet’s largest window to the ocean. With more than 800 species of marine animals, the aquarium is home to majestic manta rays, enormous goliath groupers, Napoleon wrasse and other gentle giants of the sea. Come face-to-face with over 200 sharks and uncover the centuries of myths about these ocean predators. Sneak a peek at a moray eel in a rocky crevice or tour an underwater reef community.

After breakfast, spend day at leisure. 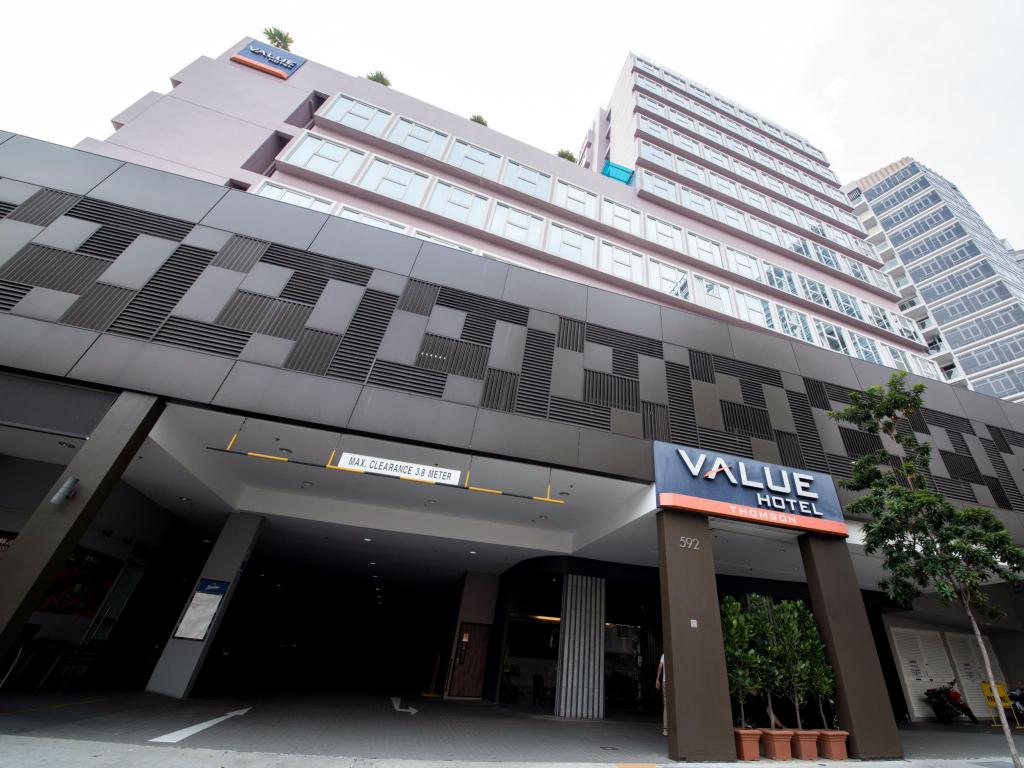 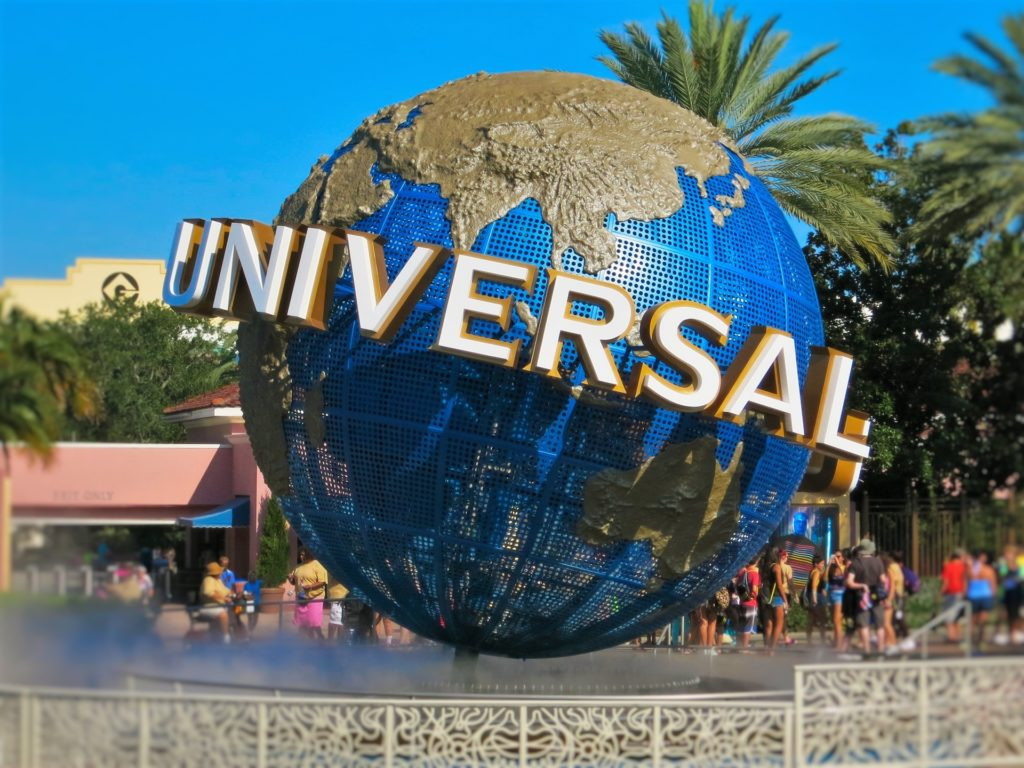 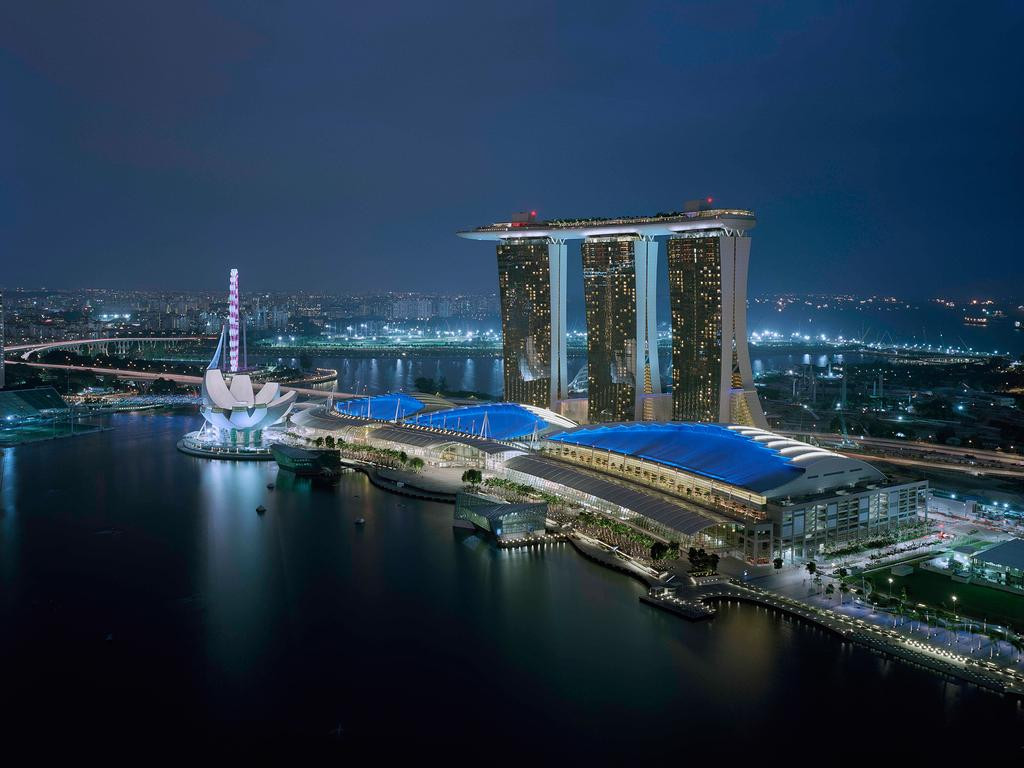 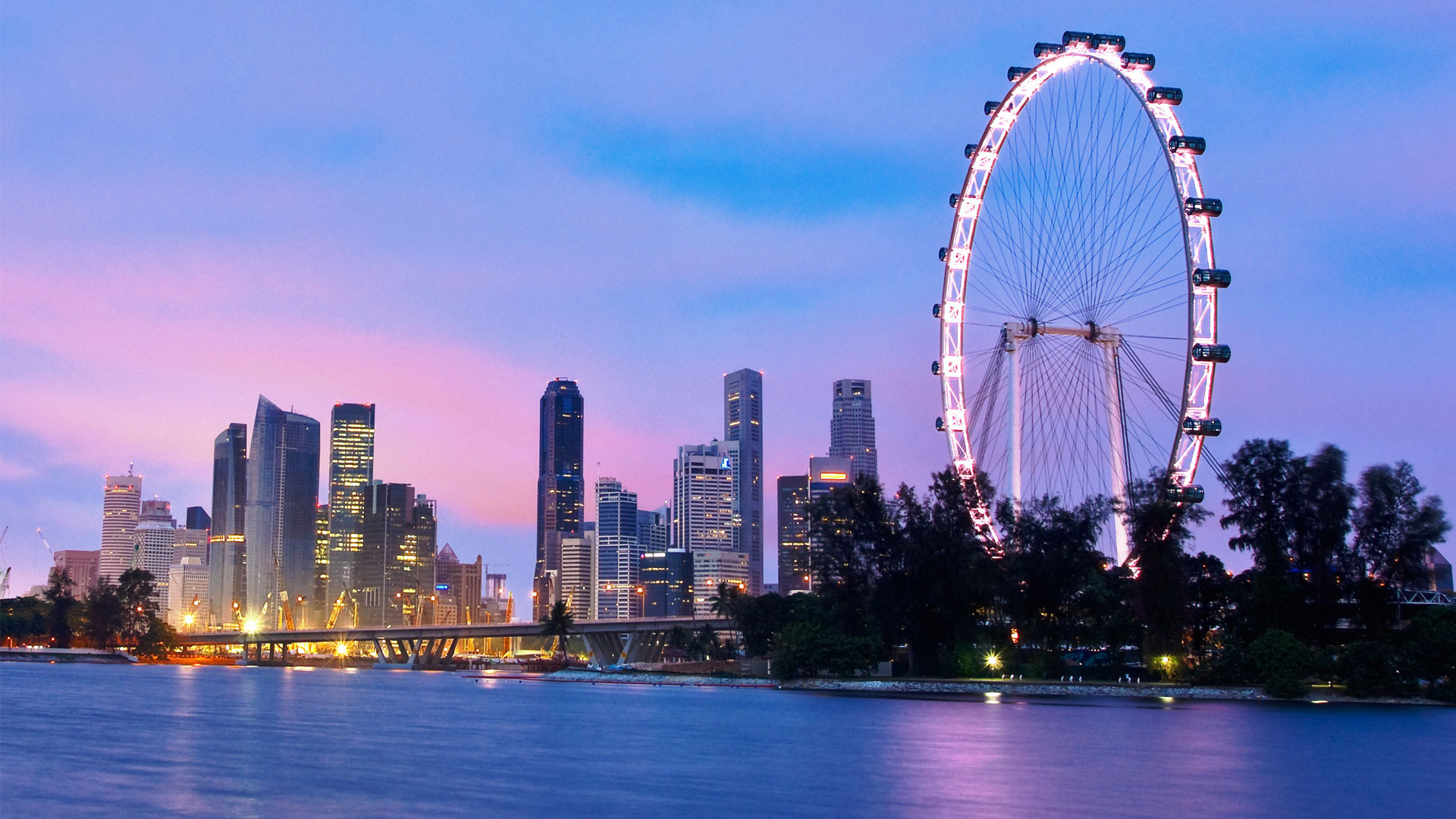 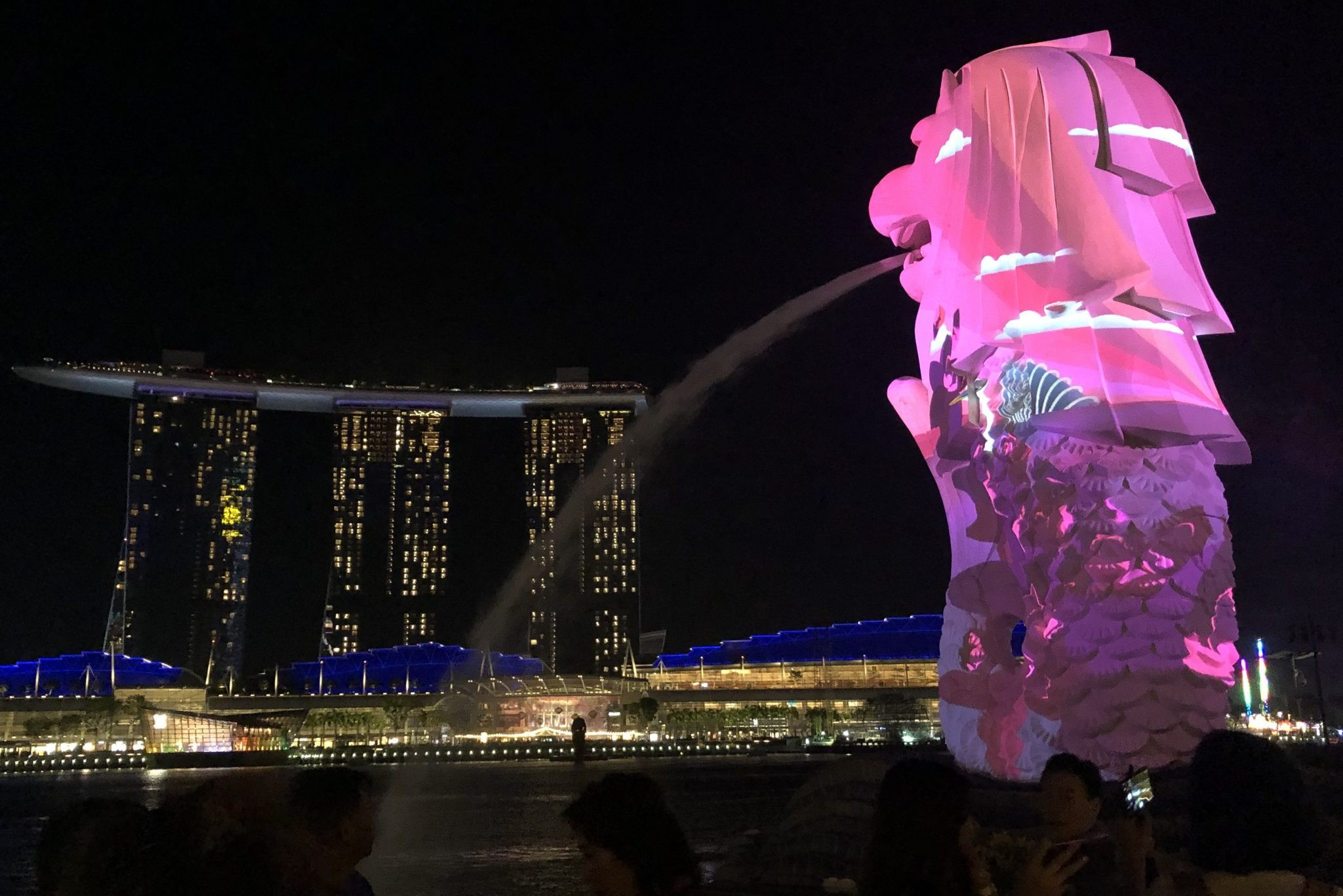